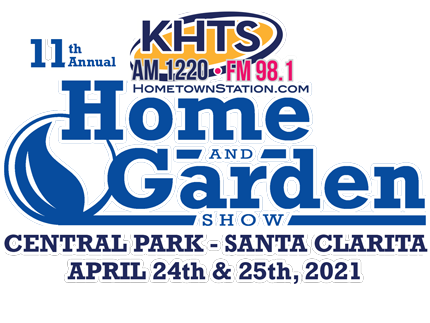 The non-profit organization of PaintCare Inc. represents paint manufacturers to plan and operate paint stewardships in the United States and jurisdictions that pass paint stewardship laws. PaintCare enables the Santa Clarita community a location to drop off their unused and old paint so it can be sorted and managed for reuse, recycling, energy recovery, or safe disposal. This helps the Santa Clarita community in hopes that residents are not dumping these materials down their sinks, local sewers, or just throwing them in the garbage.

The group helps communities recycle old materials that can be considered hazardous to the environment if they are not disposed of properly. Local communities need locations to drop off these materials as they can be very detrimental to the natural habitat such as plants, wild life and the community. You may not realize the effect that these materials have on the community and those living in it. Preserving the environment is key to the success of an organization such as PaintCare.

PaintCare sites accept house paint and primers, stains, sealers, and clear coatings, but do not accept aerosols, solvents, and products intended for industrial or non-architectural use. The products that they accept are referred to as PaintCare products or architectural paint and they must be in containers that are no larger than 5 gallons in size. Paint must be in original container and the paint must have the original manufacturer’s printed label and a secured lid to be accepted at a retail drop-off site. They cannot accept open or leaking cans.

Santa Clarita does participate in this as they want their residents of the community to be aware of these sites. It can be done very easily to recycle the old paint and cans that might be stored in a garage, shed, or in the attic of your home. They do not want their local landfill bombarded by anymore unused paint and paint cans that could be recycled.

To view the drop-off locations for PaintCare Inc. you can visit their website.  Find the closest Santa Clarita location to you and the telephone number to set up a time. They are more than accommodating to the participants of the PaintCare organization.

PaintCare Inc. of the Santa Clarita Valley is an organization that represents paint manufacturers to plan and operate paint stewardships in the United States and jurisdictions that pass paint stewardship laws. In these states and jurisdictions that have passed these laws, PaintCare has established drop-off locations where the public can dispose of leftover paint for recycling, re-use or other appropriate management.

PaintCare was formed to manage the first United States paint steward program that began in Oregon in July 2010. Now the program is working effectively in California, Colorado, Connecticut, the District of Columbia, Maine, Minnesota, Rhode Island and Vermont. In certain areas, they encourage households, businesses and individuals to take their unwanted, leftover paint to a PaintCare drop-off site. There, the items are sorted and managed for reuse, recycling, energy recovering or safe and easy disposal.

Without a PaintCare program, the best options for consumers to recycle or dispose of leftover paint are government run household hazardous waste facilities and one day round up events. However, these programs offer limited days and hours, and are often located in remote areas, and most do not serve painting contractors and other businesses.

In states with PaintCare programs, additional paint drop-off locations have been established to increase convenience and provide service to all paint users. Most locations are paint retailers, which are convenient locations open year-round seven days a week. Remaining unused paint products need to be disposed of properly. The environment such as landfills or sewer drains are not made for these items. They need the proper handling situation and to be treated with safety and consideration.

PaintCare’s mission is also to promote buying the right amount of paint, using up left over paint, and when you still have unwanted paint, recycling the rest by taking your leftovers to one of more than 1000 drop-off sites throughout the United States. They are trying their best to make this convenient for the public to utilize now, and for future drop-offs as well.

PaintCare Inc. of the Santa Clarita Valley is a non-profit organization established to represent paint manufacturers to plan and operate paint stewardship programs in the United States in those states that pass paint stewardship laws.

Download the KHTS App! Get up to the minute happ

@featherssigns is a family owned business since 2

Best way to start your day...coffee and a cheese d

The @santaclaritahearingcenter has been serving S

Get up to the minute happenings in Santa Clarita!