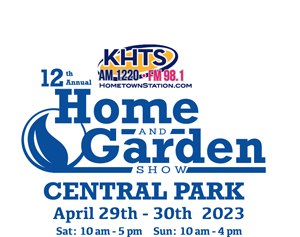 Made in Brooklyn is Los Angeles’s first pizza food truck to arrive that fills the void of New York pizza in Santa Clarita. In fact, they are adamant to make a point that their pizza is authentic New York pizza as opposed to New York-style pizza.

A Taste of New York

There’s only one way to eat pizza in any part of the world – with your hands. Made in Brooklyn handcrafts their pizza, using super fresh, high quality ingredients and toppings. Making their house-made tomato sauce, sausage, meatballs, and pizza dough from scratch, you’ll find similar equipment in New York’s best pizza spots. Their menu expands from pizza, offering fresh garden salads, out-of- the oven strombolis, from scratch garlic knots for both lunch and dinner.

From the East Coast to the West Coast

Owner, chef, and operator of Made in Brookyln, Sean Popock, is a native of Brooklyn. He was raised in New York and went through his childhood, teen, and early adult years consuming the best meal in the world, pizza. His family owned pizzerias throughout Brooklyn. Eventually Sean found himself moving to Los Angeles to pursue an MBA at the Anderson School of Management at UCLA. After committing to the corporate word for a number of years, he decided to pursue his passion for fantastic wine and great food. Sean is determined to bring authentic New York pizza to Los Angeles, catering a food truck suited to bring out traditional gas pizza ovens located in New York’s best pizzerias. Spending countless hours of research and trials in the kitchen, Sean finally created his perfect pizza dough recipe, house-made tomato sauce, house-made meatballs and sausage, paired with the highest quality mozzarella and toppings, to create the perfect New York pizza.

To learn more about Made In Brooklyn, click here